An official at the Central Bank of Iran says the CBI plans to slash four zeros off the country’s national currency and rename it to toman.

“The Central Bank is planning to replace the rial with toman by removing three zeros from the end. However, we are still open to any expert suggestions on this matter,” the official, who refused to be named, told Farsnews on Tuesday.

The rial has been used as Iran’s official national currency since 1932. However, in more recent years the term ‘toman’ has replaced the rial in daily practice as an unofficial unit.

A toman, in its current form, is worth 10 rials, but now the CBI plans to slash three zeros off the unit – or in other words four zeros off the rial – and turn it into the country’s official currency. 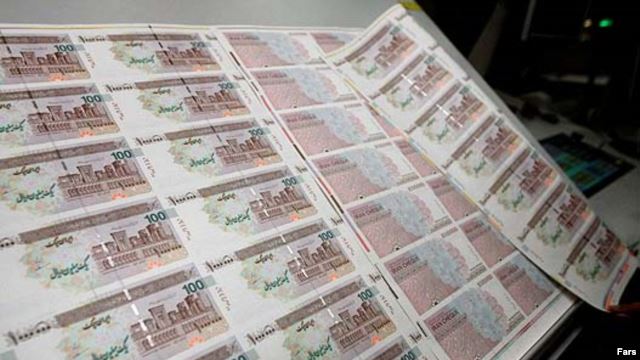 “The CBI will announce its final decision after studying all proposals for the name of the new currency,” the source added.

Iran’s money shortage problem has led the CBI to include a change of currency in its so-called major ‘monetary reform’ package which encompasses various sectors of the Iranian economy.

The current bank notes do not correspond to the living costs, as a result customers and consumers have to carry a lot of cash everyday.

As a temporary remedy for the problem, the CBI has recently printed two new Travelers Cheques (worth 500,000 and 1,000,000 rials equivalent to around USD 52 and USD 104 respectively).

These new Travelers Cheques, which function quite similar to a banknote, are seen as the first step toward a new currency, as they have the figure 50 and 100 written on their top right hand corner.


Learn more about the history of the Iranian Currency, the Rial, by visiting our homepage